A wood baseball bat is one of those timeless pieces of sports equipment. A true example of nostalgia and innovation, each wood bat is crafted from a mix of old and new practices. Nowhere is that more present than at the Louisville Slugger Bat Factory and Museum.

For over 135 years, Louisville Slugger has manufactured wood bats for professional all-stars and weekend enthusiasts alike. Athletes of all leagues and levels can rest assured, though. The same quality and craftsmanship go into each of the nearly two million bats that leave the Louisville factory annually. Look behind the curtain of the bat-making process in this Pro Tips feature. Follow DICK’S Sporting Goods Associate Joey Lancianese and product line manager Mike Butler through the process as lumber takes shape for your next plate appearance.

As every painting begins as a blank canvas, every Louisville Slugger bat begins as a billet of wood. Workers mill and turn the trees into billet form and then transport them to the factory. “We’ve got these big bundles of wood that come in birch, maple and ash,” Butler says. These blanks serve as the foundation for Louisville’s MLB Prime bats.

Once received, workers transfer the billets to the weigh-off station. At this point, they measure and sort the billets into appropriate weight ranges. “This doesn’t necessarily mean that the lighter, the heavier [billet] is going to give you a lighter or heavier bat; it just means there’s different densities of wood that’s going to create different turning models within our CNC machines,” Butler says.

Before they’re set in the machine to begin lathing, Butler says, some billets must be ink-dotted roughly 12 inches up from the handle to meet MLB standards. Birch and maple bats must feature an ink dot to show the grain structure of the wood itself. Ash does not have to be ink-dotted, as the grains are already visible. The grain structure – particularly the grain’s slope – is viewed for safety standards. More parallel grains can indicate a stronger wood less prone to breaking. The ink dot can help league officials and manufacturers better determine whether a bat’s grain slope meets their set standards.

With weight determined and ink dots applied, the billets can proceed to the CNC (computer numerical control) machines. This is where they will really begin to take on, as Lancianese says, “That classic bat figure that we all know and love.”

CARVE OUT YOUR TURN

The machine makes these cuts according to the bat’s blueprints or turn model. Wood bat turn models outline the specific measurements for the final lumber’s barrel thickness, handle thickness and taper. According to Butler, Louisville Slugger has roughly 8,000 different turning models in its library, giving athletes a few options.

Not sure which turn model is right for your swing? Use these extra Pro Tips to see what you need to know about baseball bat turn models.

After the CNC machine has made its cuts, the bat moves to the sander machine. Sanding the bat can help give it a smoother, more desirable exterior. In addition, the sander machine can also remove the leftover nubs at each end of the bat from the CNC machine. Once the sander takes the nubs off, “They’re going to sand it down on the ends so that we can put some different touches onto the bat to get it ready and prepped for color,” Butler says.

While sanding the bat gives it a smooth finish, there are still small openings in the grains. To try and close these grains and give each stick as much strength as possible, the next step, Butler says, is to place each bat in the bone rub machine.

“Everyone always asks me is, ‘It’s a piece of wood. What can you really do to make it better?’ Well, part of it is making it super hard and bone rubbing your bats is going to close in those grains, really get them tightened in there and close it up,” Butler says.

The thought behind bat boning is to help compress the wood so it doesn’t fray. As a result, the wood can last longer and remain strong throughout its career.

Moving down the line, Butler says the next step is the burn station. If a bat style calls for a flame-treated look, this is where it will feel the heat.

According to Butler, this is the first part of the color process for Louisville Slugger. “This really highlights some of the grain structure, gives it that really cool wood quality feature to it,” he says.

BONUS PRO TIP: All wood species can feature this burned finish, but Butler says the burn really looks interesting on ash bats. “Ash bats have a really cool grain structure that pop out the grains even more when you burn brand it,” he says.

The final leg of the factory begins the color process for Louisville Slugger bats. Color and topcoats are done in the same spray booth, according to Butler. Bats pass through the booth where they’re given their respective coat and then left to dry for a few hours. Once dried, Butler says the bats can move on to the decal station.

“We pride ourselves on having some really cool, innovative, seamless decals where the decals are really thin,” Butler says. “We put them on underneath the topcoat, so they never come off the bat.”

With that protective topcoat, Butler notes Louisville Slugger bats can maintain their fresh-from-the-factory profile longer. In addition, Louisville’s EXOPRO topcoat serves as another example of their desire to push their lumber to new heights. “We’re really trying to improve our bat from year to year and making sure it’s the best possible bat we can put out there,” Butler says.

Additionally, Lancianese notes the ink dot remains visible throughout these coating and coloring processes. “You still see that ink dot, always showing,” he says. It’s important to maintain the dot’s visibility in order to ensure it meets regulations before your season.

After a quick hand polish to help bring out that shine and reflection, the bats are ready for their final piece: a medallion. While this is more of a cosmetic step, Butler says they take pride in treating every part of the bat, including the knob. The stick-on medallions include the MLB Prime stamp of approval, Louisville Slugger logo, bat length and wood species. They can provide the perfect flair to make the bat pop on the shelf or as you walk to the plate.

Once a medallion graces a bat, it can head to shipping where it is packaged and ready to find its new owner.

It says something when you step to the plate with a Louisville Slugger. Their innovative tech and timeless designs make it easy to see why they are still a go-to lumber company for athletes of all diamonds. You can see how they’re about making not just bats, but history, in this special Pro Tips feature.

Looking for a more metallic look into the manufacturing process? Curious as to how they make alloy and composite bats? Check out our video on how these baseball bats are made. 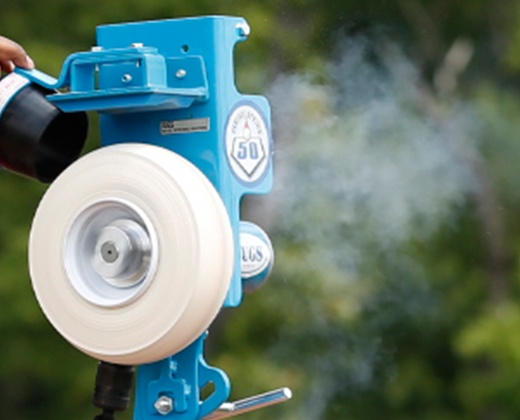 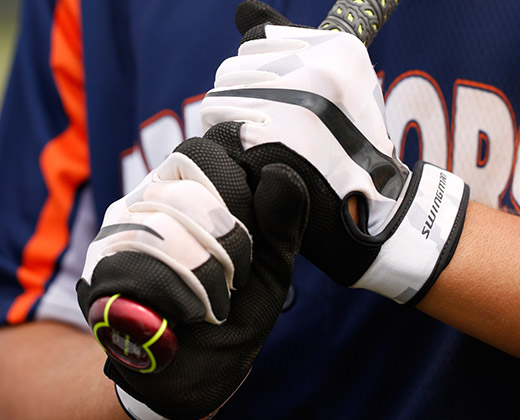 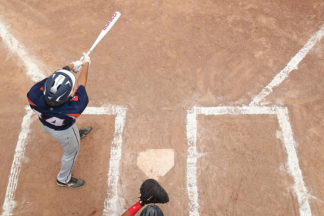 How to Hit a Ball Thrown Down the Middle 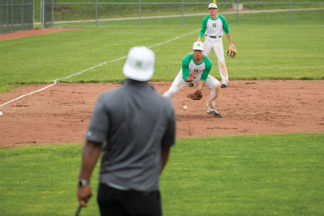 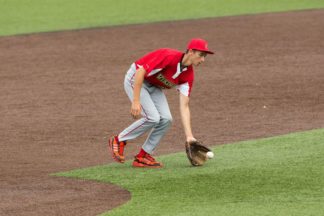 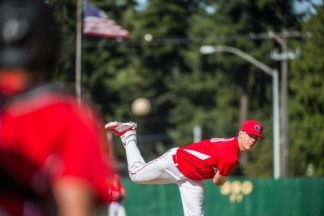 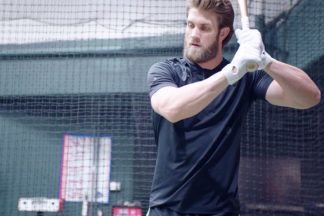 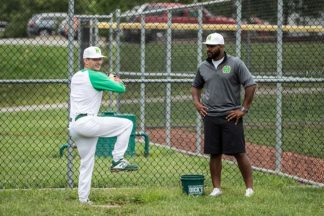