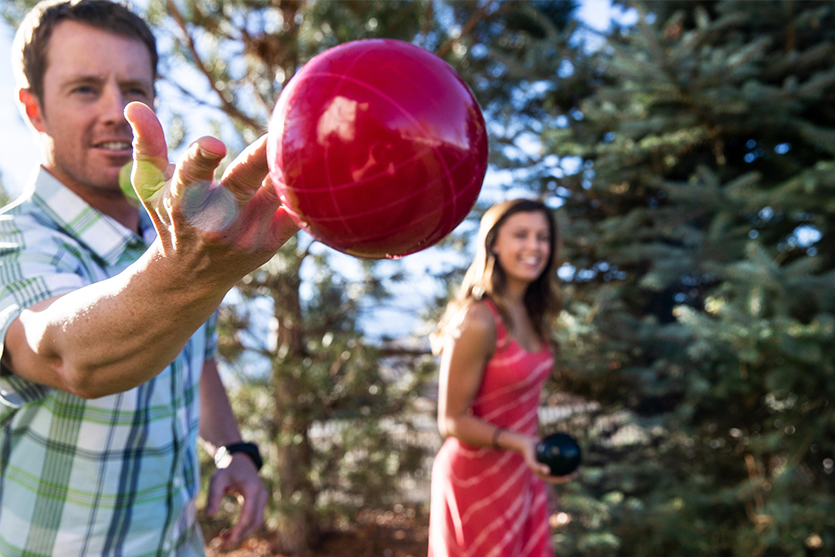 First brought to the United States by Italian immigrants, bocce ball is one of the oldest yard games in the world, with some claiming evidence of its origins in Egyptian cave paintings. The ancient game is still popular today and can be found everywhere from the beach to brunch.

Bocce is played competitively around the world, but it’s also easy for anyone to pick up and play for fun. Before you begin to play, it’s important to understand the basics of the equipment, court and teams.

Bocce features limited equipment, which makes it easy to bring along to the beach or park. All you need to play is a bocce set, which consists of two different types of balls:

In order to play bocce, you need a smooth, flat surface. This can be grass, sand or turf. A regulation-size bocce court is 13 feet wide by 91 feet long. For social play though, the court can be whatever size you need to accommodate your space. It’s recommended to have a raised barrier around the outside rectangle of the court, but isn’t necessary for social play.

After outlining the rectangle of your court, you’ll also need to place two foul lines — one on each side — to mark where players cannot step when they throw. This is typically done 10 feet from the end of the court. You will also need to mark a center line. You can use string, chalk or even draw a line in the sand to set these line markings.

Bocce can be played with anywhere from two to eight people, which makes it great for small and large groups alike. The number of bocce balls per player is determined by team size. Teams with one player will ‘bowl’ all four balls, while two- and four-player teams will have the balls divided evenly among them.

Once you have your court set up and teams divided, it’s time to play. Each bocce game consists of a series of rounds called “frames,” after which points are awarded. Game play goes as follows:

It’s also important to note that you are allowed to hit your opponent’s bocce balls or even the pallino during your turns. This can be a strategy to be closer or to, change the area of, the target.

At the completion of a frame, one or more points may be awarded to one team. Whichever team has a bocce ball closest to the pallino will receive point(s). If two teams are equal in distance from the pallino, no points are awarded in the frame. Most of the time this can be determined from sight alone, but you can also use a measuring tape for accuracy.

Each ball that is inside is typically worth one point. If a team has multiple balls closer to the pallino than the opponent’s closest ball, they will receive a point for each one.

Some versions of the rules allow bocce balls that are directly touching the pallino — referred to as a “kiss” — to count for two points.

The game will continue until one team scores the predetermined number of points, which is typically 12, but can be any number that meets personal needs or time constraints.

Now that you know the setup, rules and scoring of bocce, you can get the ball rolling at your next outdoor event. For more yard game fun, check out our other outdoor game guides. 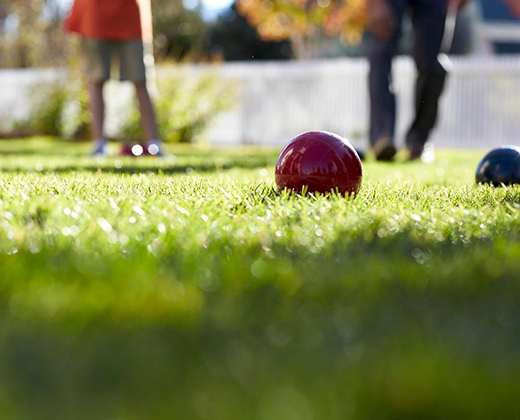 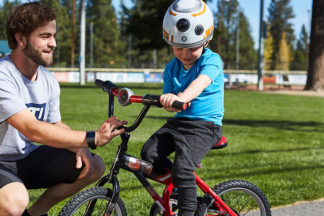 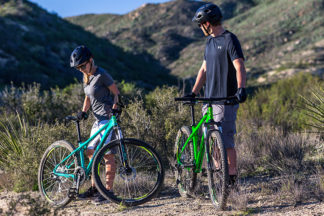 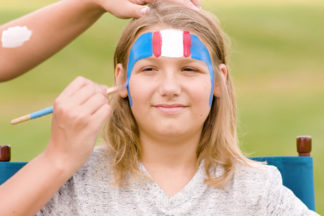 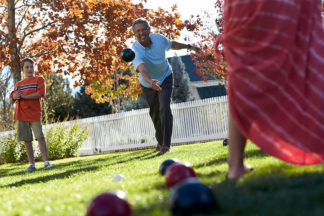 10 of the Best Backyard Games to Enjoy at Home 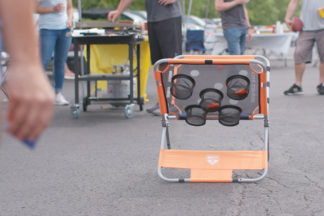 How to Play Bounce Back 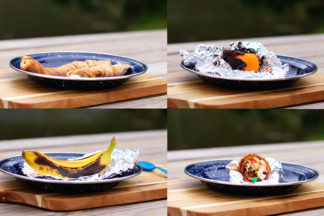