Whether you’re the “Lord of the Boards” or you’re simply looking for a game for your next tailgate party, the following cornhole guide has something for you. In it you’ll find out how to properly set up the game, how to keep score, and you’ll even pick up a few playing tips.

Cornhole — also called bags, bag toss, corn toss, bean toss, bean bag, and more — is one of the most popular lawn games in America. It can be played with two or four players, either one-on-one or two teams of two. Players take turns trying to toss bean bags through the “cornhole” (for three points) or onto the board (for one point).

To play cornhole, you simply need the following:

Many cornhole games come as a set with cornhole bags included, but make sure to double check before making your purchase. Add some personality to your cornhole boards with licensed cornhole decals featuring your favorite team’s logo — a great addition for tailgate parties.

Measuring from the front end of each, the boards should be 27 feet apart, directly facing one another. Try to set up the boards on the flattest area you can find.

Here are answers to a few common questions about cornhole gameplay:

Traditionally, cornhole is played to 21 points. You are awarded:

Points are kept according to cancellation scoring. Here is an example scenario:

Bags that hit the ground first and then slide onto the board do not count for any points.

Some say you must get exactly 21 points in order to win, and if you go over your score is reduced to 11 points. Some also say that you must win by two. According to the ACO, this is not true. The first team to reach 21 at the end of a frame wins, period.

Of course, you’re free to add any stipulations you want, as long as you’re not participating in an official competition.

How can you become a better cornhole player? Here are a few tips to keep in mind the next time you pick up a bean bag. 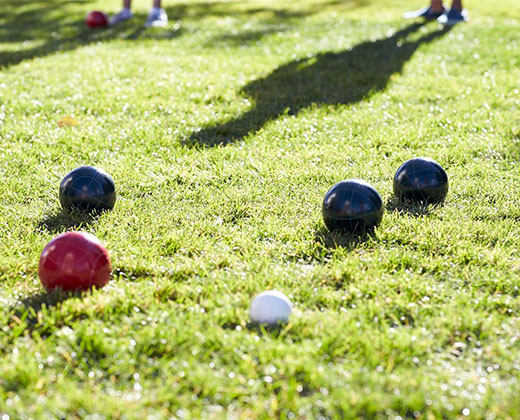 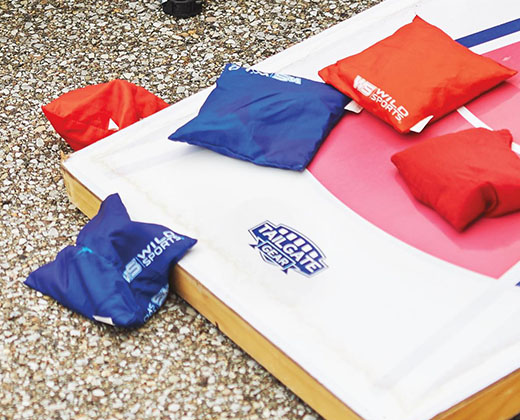 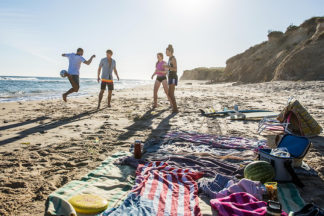 What to Pack for a Day at the Beach 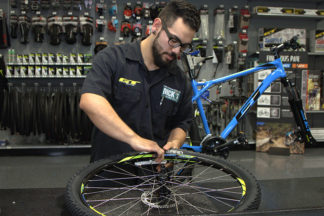 Fixing a Flat with an Inner Tube 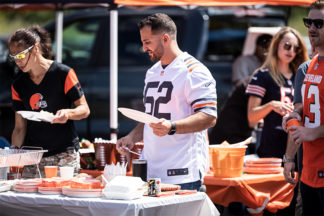 Tailgating Hacks for Your Next Gameday Get-Together 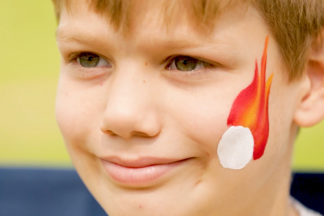 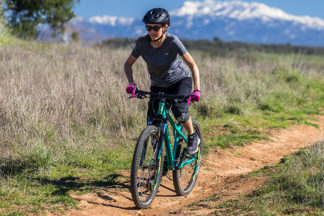 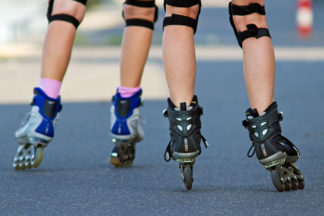