When you’re looking for an outdoor game to add to your next barbecue, tailgate or get-together, there are certain qualities you look for: simple setup, understandable rules and easy skill requirements.

A yard game that meets that criteria? Ladder toss. Formerly known as ‘Horsey Golf,’ ladder toss has a simple scoring system and straightforward gameplay, making it an easy way to take your outdoor event to the next level. If you’re unfamiliar with the game, have no fear. DICK’S Sporting Goods has you covered with this comprehensive guide that will take you step by step through the equipment, rules and more.

One of the benefits of ladder toss is that the equipment list is rail thin. There are two main elements: ladders and bolas.

LADDERS
It should come as no surprise that one key component of ladder toss is in the name itself. However, these aren’t the kind of ladders you’d use for climbing onto your roof. In this game, you need two structures that have three different-colored rungs. These are typically spaced about 13 feet apart and serve as the targets. The ladders are often made from a hard plastic, metal or wood and most either break down or fold up for easy storage and portability.

BOLAS
Bolas are used for the toss aspect of the game. Made by attaching two golf ball-sized balls with a string or rope, you will need a total of six for the game. To distinguish between teams or players, there should be three bolas of one color and three of another.

Ladder toss games generally come as a set with everything included, but make sure you have everything you need before making your purchase. If you happen to break a bola during gameplay, replacement packs are available as well.

To play a game of ladder toss, you need two to four players. Set up the playing field so that there is 15 feet between the upright ladders. Take note that this measurement is from the base of the ladder and not the outstretched legs of the structure. If you do not have a tape measure handy, five paces will suffice.

To determine who goes first, flip a coin. The winner of the coin toss will then begin to toss their bolas. The goal of the game is to throw each bola at your opponent’s ladder rungs and have them stick or wrap around the structure. Each player throws all three of their bolas before another player can go.

Players can get creative with their tosses, as long as they attempt to throw them in an underhand stye and do not step in front of the ladder. Bounces can also count as an acceptable way to score, as long as you throw each bola individually.

The right toss can help you reach the top of the ladder. When lining up a toss, try to get a good pendulum swing with your arm and bola. This can give the bola a wider range, stretching the string during its flight to maximum length, and making for a better scoring chance.

Points are scored when a player’s bola lands on one of the three rungs. The scoring is as follows:

Players can also score an optional bonus of one point by hanging all three bolas from the same rung or by hanging a bola on all three (top-middle-bottom) rungs in one round. This scoring is dependent on what your group decides prior to playing, though, and does not have to be implemented.

Scores are tallied once all of the bolas have been thrown, and the player with the most points is given first throw in the following round. And don’t forget to play defense. Knocking a bola off the ladder can be an effective defensive strategy. Legal and encouraged, if you knock your opponent’s bola off a rung, it will not count toward their end-of-round score.

A winner is crowned when a player hits a score of 21 exactly. If a player goes over 21, the throws from that round do not count toward their total. For example, if a player has 19 points and scores six in a round, their points are nullified and they begin the next round at 19 again.

In the event of a tie, play continues into overtime until a player leads by two points. The two-point rule only applies during overtime, so a player can win by any margin during normal gameplay.

Ladder toss is the one time it is acceptable etiquette to distract people around a ladder (in good taste). Your group can encourage humorous distractions, but don’t go too far by touching your opponent or their bolas during a toss. And while there’s no unlucky spot to walk through with these ladders, please wait to walk to one until after all bolas have been thrown.

Now that you have a fair understanding of this simple, enjoyable game, all that’s left to do is pick up your set and start tossing.

Looking for even more yard games to add to the fun? Check out our guides on How to Play Spikeball and How to Play Washer Toss, too. 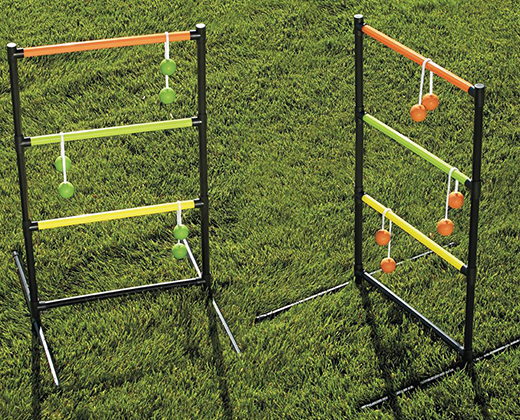 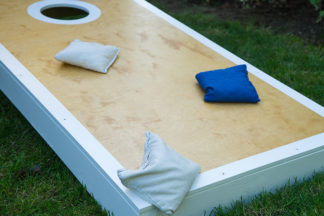 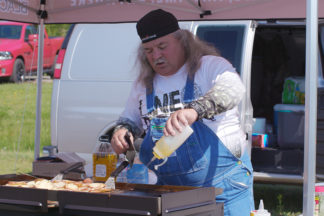 Bruce Mitchell’s Tips on How to Season a Griddle 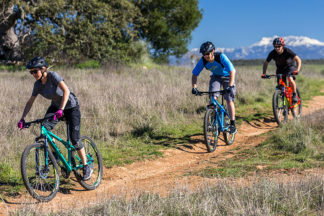 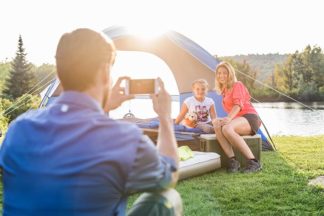 What to Look for in a Canopy 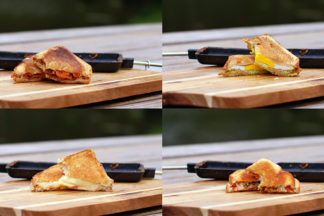