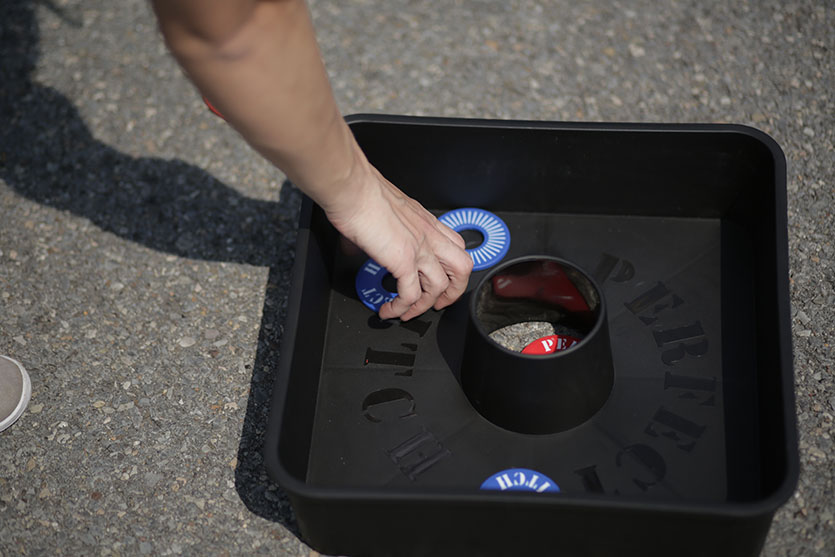 The origins of washer toss, a game most commonly seen at backyard get-togethers or tailgate parties, are clouded in mystery. Some believe that roots of this simple, fun game can be found in ancient civilizations, others think that its ancestry can be traced to the travel breaks of early American pioneers who used spare washers from their wagon wheels. The most common theory is that the game began with 20th century Texas oil field workers who assuaged boredom by tossing around washers from the oil derricks.

You don’t have to take apart your method of transportation or explore oil wells to find equipment to play washer toss today, but there are some things you do need.

GET IN THE GAME

Before you start tossing, you have to set up the field. Washer boards and boxes are typically positioned on flat surfaces about 20 feet apart. If you would like to give yourself and your friends more of a challenge, you can space them out even farther.

Washer toss can be played in teams of one or two players. If you are playing one-on-one, both players throw in the same direction and rotate sides after each round. For two-on-two games, one player from each team stands on either end of the play area.

To determine playing order, participants will engage in what is known as a “diddle.” During the diddle, each player tosses a washer at the opposite cup. The player with the washer closest to the cup goes first. In the case of a tie, a second diddle is conducted.

Now that setup is complete, it is time to start tossing washers. Players can toss from either side of the board and are allowed to have one foot go past the front of the board or box.

The starting team will throw all four of their washers one at a time — if playing two-on-two each teammate will toss twice — toward the washer box or board. After all eight washers are thrown, scores are determined and players switch sides before moving on to the next round. Whichever team won the previous round throws first in the next.

While washer toss scoring can vary between different types of board play and different regions, there is a basic system that is easy to remember for those new to the game.

Similar to cornhole, the game is played in rounds until one team reaches 21 points. Points are scored based on how close to the cup or hole the washers are thrown.

Once all eight washers are tossed, the points from the round are added together. However, only one team will finish with points in each round because of cancellation scoring. The total number of points given to the winning team is determined by the difference of the two scores. For example, if Team A scores three points and Team B scores two points, Team A receives one point.

For an advanced style of game play, you can set the rules so that a team can only win if exactly 21 points are earned. If a team scores over the winning threshold, their score is deducted by the number of points 21 was exceeded by until someone hits the magic number.

Even games created for backyard fun and friendly competition have some strategy to them. Here are a couple areas to focus on to help you become a washer toss boss:

Want to really impress at your next outdoor gathering? Now that you know the basics of the game, here are a few terms that will make you sound like a washer toss expert.

Now that you’re familiar with the rules, scoring and verbiage of washer toss, you are ready to clean up at your next backyard gathering.

Why You Need Water Shoes 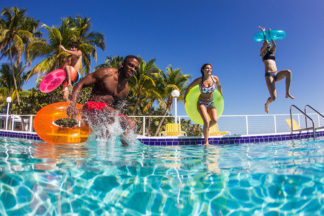 The Eight Best Indoor Games for 2022 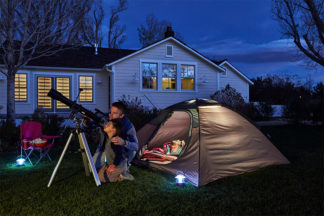 How to Buy The Right Outdoor Lighting