Let’s talk about a quarterback’s drop in the dropback pass game from both under center and in the shotgun. As is the case in quick game drops, your feet are your clock. This means that the timing of your drop is very important and very precise in order to mesh with the break points and depths of the receivers’ routes.

5-Step Drop from Under Center

After you receive the snap from the center, pull the ball into your belly. You will then take three big steps perpendicularly back, creating as much distance from the line of scrimmage as possible while remaining in an athletic position, under control. Those first three steps will be followed by two smaller steps that serve to gather the momentum that’s been generated from the early part of your drop. You will stab your fifth step into the ground and immediately take one hitch step (shuffle) up in the pocket back toward the line of scrimmage. If the first read in your progression is open, then the ball should leave your hands after that one hitch, making an accurate pass to your first target. If the first read is covered and you have to go to a second read in the progression, you will re-position your feet to be perpendicular to the target and then make the throw.

The quarterback’s drop back drop from the gun is similar to your 3-step drop in the quick game video. After you receive the shotgun snap from the center, take a 3-inch drop step with the foot opposite your throwing side. This will be followed by one big step, and two smaller steps that again serve as gather steps. They will gather the momentum that was created in the early part of your drop. Your steps should be perpendicular with the line of scrimmage. You will stab that third step into the ground and then take one hitch step (shuffle) up in the pocket. If your first read is open, then the ball should be thrown down the field at that point. If the first read is covered and you have to go to your second read, then you will re-position your feet in the pocket to be perpendicular to the target and deliver the ball to the second read.

Timing on any pass play is very critical. As such, it is extremely important to eliminate false steps and stay efficient with your footwork so that the timing of the play is not compromised. 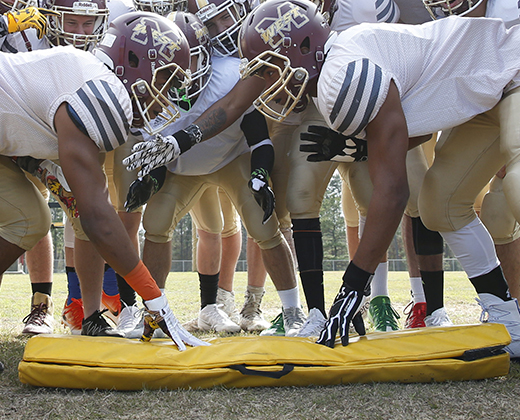 Offensive Line Tips: The Get Off 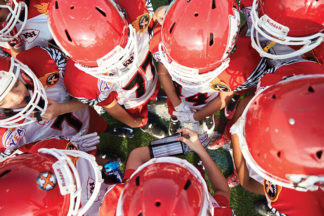 How to Line Up a Field Goal Kick 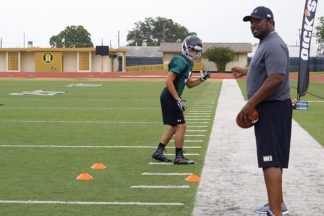