Simply put, playing off the fairway is quite different than playing out of a fairway bunker, so being prepared for both scenarios is extremely critical.

“When you find yourself in a fairway bunker, you should approach with caution,” says PGA Pro Shanon Hoyt.

One of the biggest issues you might run into is hitting the sand with the club first. To help fix that, approach these shots with caution using these easy-to-follow steps.

When looking at the distance from your ball to the pin, Hoyt recommends choosing one club higher than you normally would for a shot similar in distance on the fairway to help you clear the lip of the trap. For example, if you would usually hit a 9-iron, choose an 8-iron.

So, how should you position your body to hit the ball out of the fairway bunker?

And remember, you’re using a higher club, so there is no need to swing with as much force as you normally would, only the same motion.

Finally, the worst thing you can do is to hit the sand before, like you would do in soft sand trap shots near the green. Remember to ways try and aim to hit all ball and no sand in fairway bunkers.

Now that you’ve learned how to set up to hit a fairway bunker shot, learn how to read different sand conditions and how to hit a downhill bunker shot. 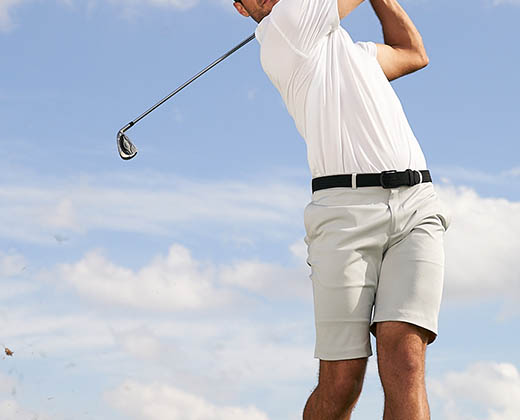 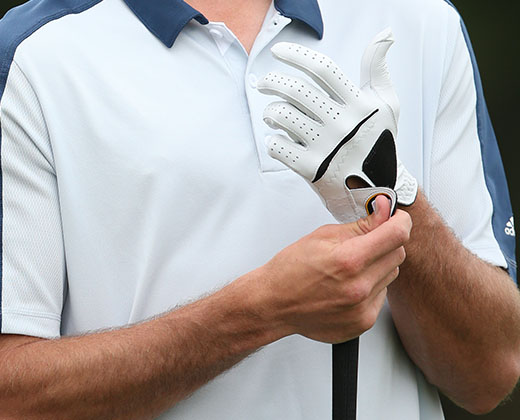 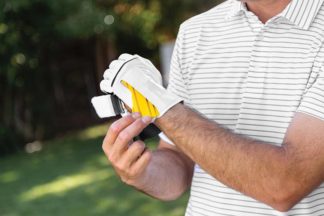 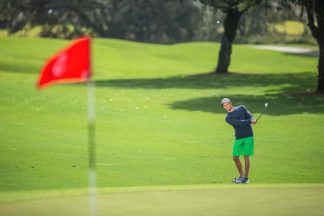 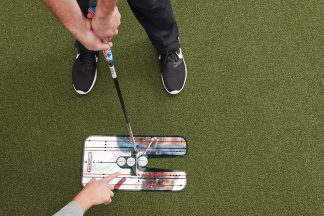 Golf Tips: Why You Should Get Your Putter Fitted 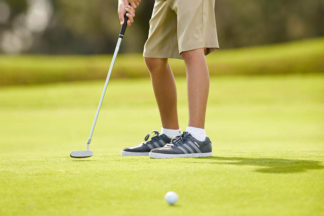 How to Buy Youth Golf Shoes 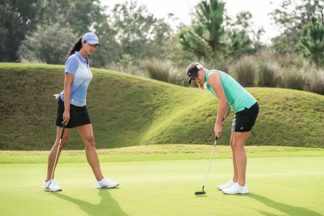