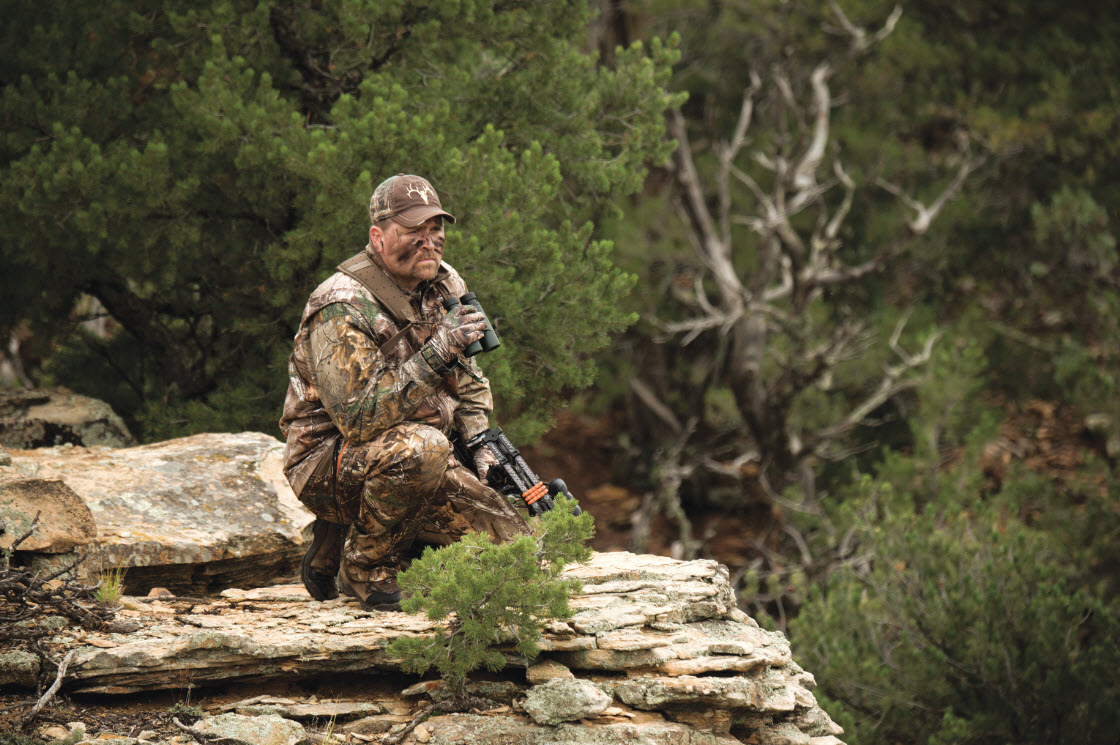 You might smell like a million bucks, but to countless other bucks – or elk, or bear or most any wild game you’re targeting – even the faintest trace of your manly or feminine scent is a definite turnoff and can be a dead giveaway to your location in the field.

The result? You may smell great, but you’ll likely head home from your hunt unsuccessful.

The point is, no matter how faint we think our odor is, a potential target can smell a hunter coming from quite a distance away. Subsequently, that game might scamper out of range quickly to avoid what they see as a potential threat, and you’d never know.

So, what’s the best way to cover your scent from deer? Here are four important tips you can use to help conceal your natural fragrance and increase your odds for a more effective and productive hunt.

Camouflage clothing is terrific, but if it smells like your favorite laundry detergent, it defeats the purpose of wearing it. Baking soda can do wonders for controlling your scent. Consider washing your clothes with a no-scent detergent, then dry them on a clothesline (dryers can impart residual odors from prior wash loads into fabrics) before laying them flat in a plastic bag. Sprinkle a layer of baking soda on top of one layer, then repeat until the bag is full. Finally, place an open box of baking soda inside the bag and seal up until your next hunt.

When it comes to footwear, baking soda does a great job of keeping boots in ready-to-hunt shape. Apply a copious amount inside each boot after removing them from the boot dryer. The bacteria won’t know what hit ’em.

When it comes to the emission of human odor, two molecules are the primary culprits: isovaleric acid and dimethyl sulfide.

Isovaleric acid (“Valerie”) results in a sweaty smell, while dimethyl sulfide (“Ethel”), manifests itself in breath odor. Both of these compounds can leak through jackets, pants, hats, scarves and balaclavas to waft in the air towards a hunter’s intended prey, alerting them to danger.

To combat this, consider using quality charcoal-lined fabrics whenever possible. These fabrics, made by many top-name outdoor hunting and apparel brands, feature an activated charcoal formula that goes to work when it comes into contact with these molecules. The result is clothing that traps these odors in the lining while still retaining lightweight, breathable performance.

Once you climb out of bed to start your next hunting trip, the last thing you should do is throw on your hunting gear. Yes, it’s a convenient temptation since it saves a lot of time and packing space. But think about it for a moment.

Even if you’ve showered with scent-free soap and shampoo, wearing the same clothing you intend to hunt in as you drive up to camp will negate any steps at being inconspicuous in the field. Between your vehicle, the gasoline you pump, that tasty breakfast burrito, even your buddy riding shotgun next to you, your clothing will soon take on all those unnatural smells, lessening your ability to blend in behind the brush or in the stand. You may think you’re stealthy, but that deer or bear or rabbit or squirrel will beg to differ.

Or, think of yourself as an outdoor surgeon. After all, a doctor doesn’t don scrubs at home and walk into an operating room

So pack up your best camo and boots in that sealable clothing bag and dress for success after you arrive at your destination. Spending a little extra prep time can make all the difference in a successful day outdoors.

TO MASK OR ATTRACT?

Once you effectively become non-offensive and neutral, the question arises whether to simply mask your scent, or take the added step of using lures to draw in the game around you.

Luring scents are formulated to mimic the smell of the target animal or to attract the animal by triggering a behavioral reaction. For example, deer scent is a confidence builder in whitetails. Tarsal gland scents may trigger a territorial response in an aggressive buck. Doe-in-estrus scent may also appeal to a buck’s sexual urges and bring him in for a clean shot. This is particularly effective in the fall during rutting season.

Lures are formulated smells that elicit responses or behavior in deer. They include food-based lures like concentrated corn, apples, acorns or squash. They can be curiosity-based lures that can intrigue and excite.

Territorial-designed lures are also effective, utilizing deer urine, as well as gland secretions and musks. These lures create strong urges within game and call them out to battle a rival, investigate an intruder, or seek out a doe in estrus. Finally, call-styled lures combine food, territorial and curiosity smells. They extend out much farther than conventional lures and put attractive odors in the nose of a buck or other olfactory-sensitive game.

The key is, being hygienic in our world might be pleasing to others around you, but to maximize your chances for a successful outing in the field, it’s crucial to lose all traces of yourself along the way first. 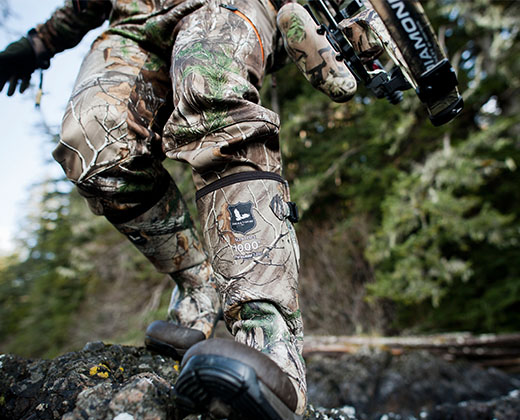 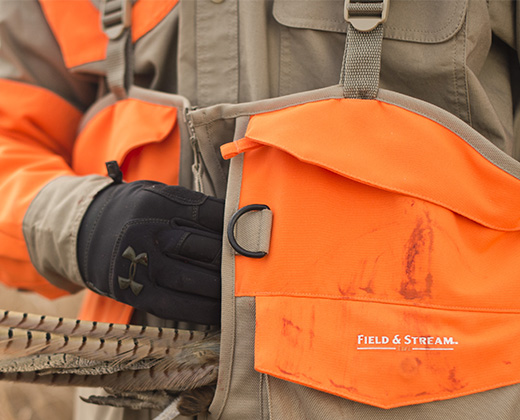 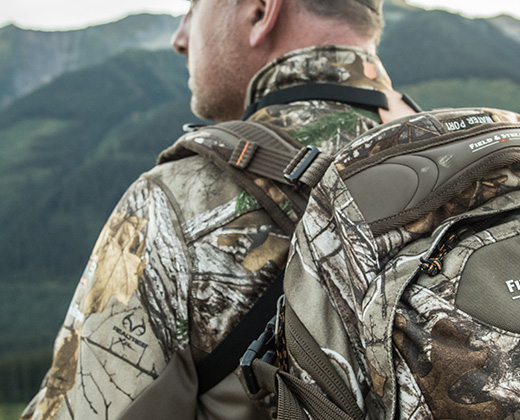 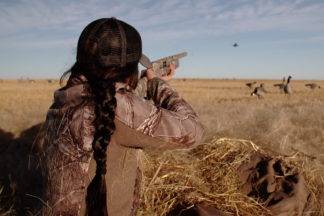 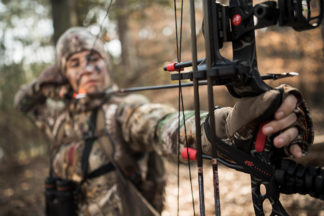 How to Choose the Right Broadhead 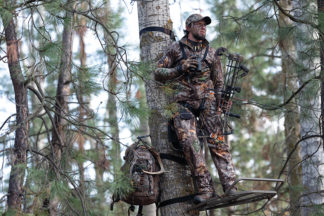 Pro Tips Guide to the Rut 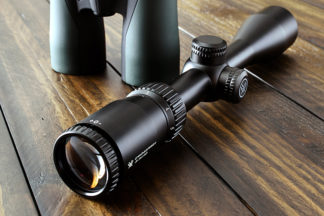 How to Choose Gifts for Hunters 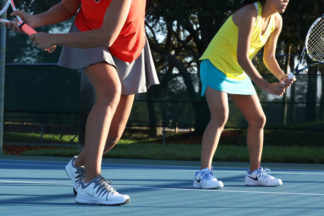 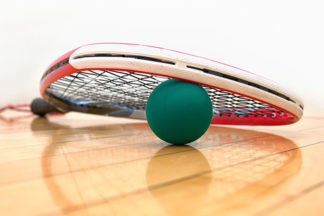 How to Buy the Right Racquetball