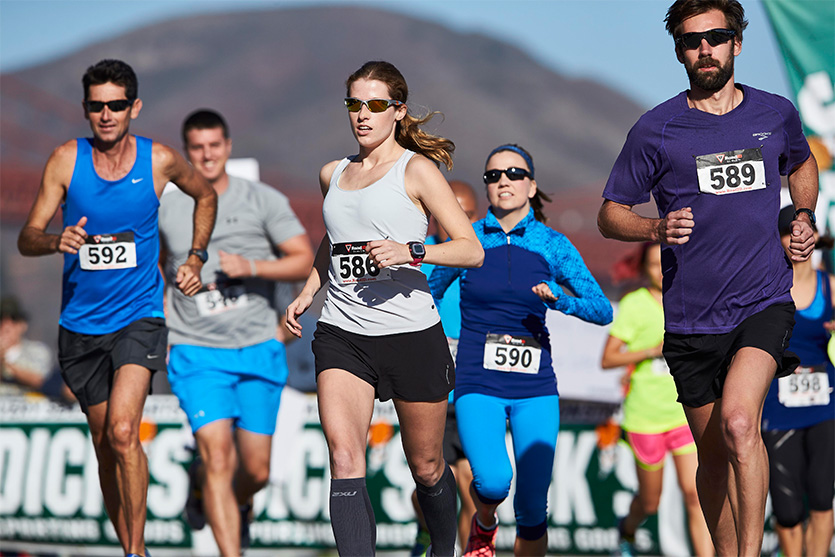 When it comes to rules of the road, proper etiquette isn’t limited to cars, motorcycles and bikes. Runners who are competing in a road race also have a responsibility to do the right thing. This means being considerate and aware of others sharing the road with you before, during and after you lace up your best kicks to tackle the course and the clock.

Regardless of the distance or scale of the event — be it a neighborhood 5k or a world-renowned marathon — there are expectations that runners of all abilities should abide by, as both a courtesy to the next runner and for everyone’s personal safety.

With that in mind, here’s a six-pack of pointers from DICK’S Sporting Goods Associate Cathy Connor to properly conduct yourself on the road during your next race. Connor is an avid master’s-level runner with 28 full marathons, including eight Boston Marathons, to her credit. Suffice it to say, she knows her stuff.

“The key is to know your capabilities before you line up,” Connor says. “You need to be honest with yourself. If you try to run too fast too soon with a group that’s clearly faster than you, in order to impress yourself or others, you may wind running out of gas. Try to get to the starting line early and position yourself where you know you can run comfortably and with your goals in mind.”

In addition, Connor offers two more important tips when gearing up for the starting gun. While they seem like common sense, they can often be easily forgotten.

“If this is your very first marathon or 50th, there are many runners who love the camaraderie. Casually strike up some small talk before, during or after the race. And make sure you use the bathroom as soon as you can beforehand. You’d be surprised how many people I’ve seen who forget to go and end up interrupting their own race.”

One of the most common mistakes made by first-time racers is hitting the brakes suddenly mid-stride and walking down in the middle of the road. “It’s an ongoing issue for newbies,” she says. “It’s understandable if you have to stop because you don’t feel well or are having a rough time. But if do, it’s best to pull off along the edge of the course and get out of everyone else’s way. You have to think of yourself like a car or a bike.”

“Stopping suddenly in a large pack of runners — or even zigzagging, while trying to get ahead — will only expend unnecessary energy. It may also increase the risk to those behind you of getting tripped up,” Connor says. “So if you need to regather yourself, try doing so in a safe area. When you’re ready to get back in, try to relax and ease back into race.

One thing that can be very challenging is if someone tags along behind you without ever passing. Running on a fellow participant’s heels too long is just downright uncool.

“Try to avoid it,” Connor says. “In an odd way, it may seem like a compliment to the runner you’re pacing behind, because you recognize that he or she has ability to help you. But it can also make those runners uneasy and can mess up their performance. If you can, pass on the left or slow it down and run your own race.”

When water beckons, be careful not to clothesline the runner behind you who may be reaching for that same cup. “Make sure you give a quick glance so you’re not in their way,” Connor says. “After I grab a cup, I very quickly crease it, swig what I can and toss it into a garbage can or along the side of the road away from other runners, rather than just dropping it in the street.”

“At the end of the race, don’t just stop abruptly,” Connor says. “It’s so important to remember to run through, smile for the photographers and continue through the finish line. [This is] because courses often narrow like a funnel at the finish line and other runners are all around you. It’s no different than running and stopping in the middle of the course.”

Many runners are often racing the clock to set personal records, which can mean high speeds and possible collisions. “You can always look up your race time or snap that selfie afterward,” she says. “Let’s face it. It’s very easy to get caught up in all of the excitement when the finish line is in sight.”

Throughout the entire race, Connor emphasizes the importance of thanking the volunteers who man the various aid stations — from water stops and medical professionals to security and police officers who keep intersections safe.

“They give so much of their time,” she says. “I truly appreciate everything they do, like getting up in the wee hours to set up tables, prepping the water stations and staying afterward to cleanup. It really is a selfless job. And it’s just a positive way to end your race experience.”

Many runners may train for their next race while wearing headphones, and while Connor is no stranger to the practice herself, she is quick to add that listening to the outside world can be meditative and stimulating.

I enjoy listening to nature during training, like hearing geese in the fall,” she says. “So when it comes time for race day, take advantage of the cheering crowds, energizing bands and locals out on their porches encouraging you to keep going. I once had my battery on my iPod die out during a marathon and I ended up having a great run without it.”

“When you’re running without tunes blasting in your ears, you can concentrate on your breath without distractions,” Connor adds. “It’s so important to be able to listen to yourself because it can help you get a better read on your pace and overall conditioning.”

So next time you hit the road for a run, consider unplugging and take it all in.

Looking for more racing tips? Discover our relay race running checklist and our must-read advice for running your first marathon, too. 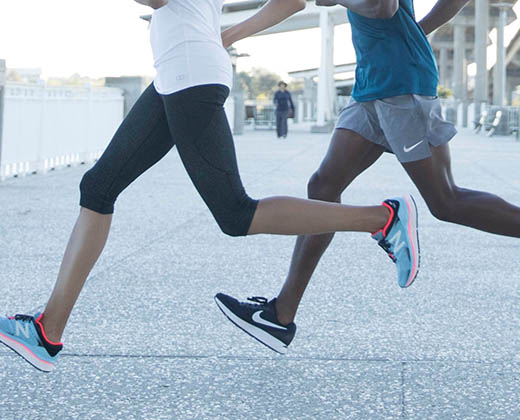 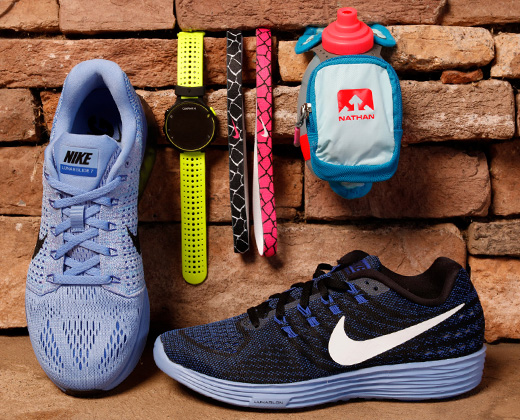 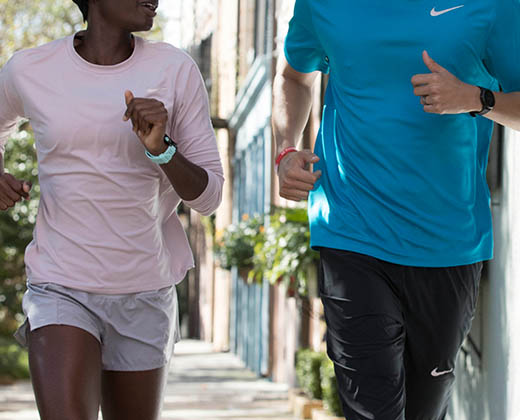 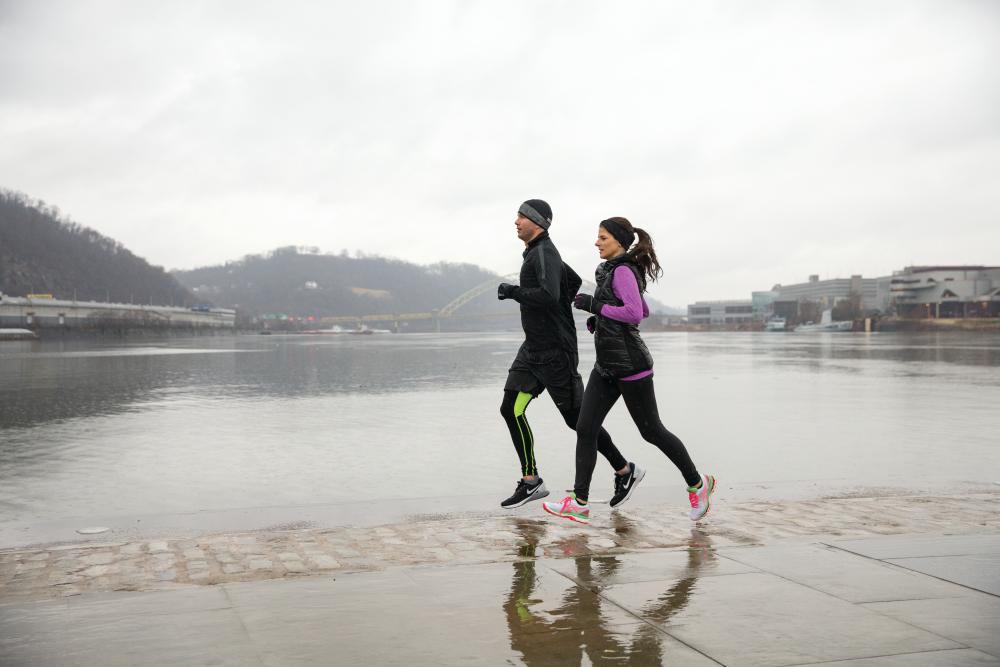 Cold Weather Running Tips: How to Train in Winter

How to Buy Trail Running Shoes 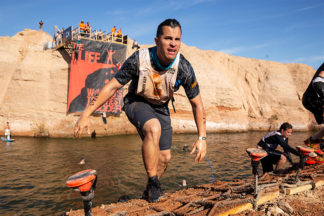 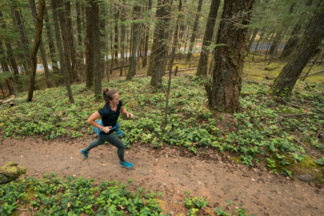 Trail Running and Hiking: Staying Motivated on the Trail 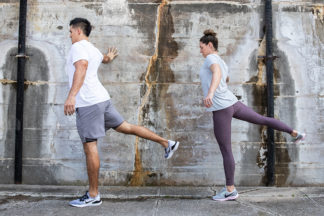 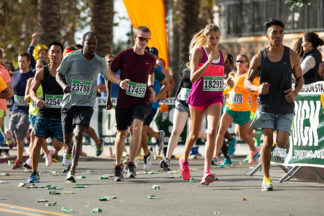 Five Things to Consider When Registering for a Marathon