Think of defending as an athletic puzzle. It can be challenging and often requires rapid thought and snap judgment.

It takes a keen sense of what the attacker can do and what they are likely to do. It’s a thrilling challenge, and if you can master the art of defensive planning, you may end up like world soccer champ and internationally acclaimed defender Becky Sauerbrunn, who says, “I love defending. It’s really important to me.”

When approaching an attacking player, the first thing to keep in mind is where you’re going to look to anticipate the player’s movements. Some people tend to look at the soccer ball or the feet, but Becky recommends watching the attacker’s midsection as they come towards you, saying “the midsection doesn’t lie.”

If you’re watching your opponent’s feet, you may be too slow to react to their quick movements, but watching the hip-area will clue you in sooner.

Stay a good distance from the attacker when you decelerate. That way, if the player makes a big shift, you have buffer space allowing you to catch up.

When you slow your feet down with an attacker coming towards you, it’s also important that you aren’t flat-footed. Keep your stance staggered so you can shift left, right or back depending on where the attacker tries to go around you. A staggered stance also makes it more difficult for the attacker to slot the ball between your legs.

With a proper, staggered stance, your opponent won’t be able to easily go around you in the direction of your forward foot. You force the attacker to choose a different option, controlling the situation and making it easier to anticipate which direction they’ll take. Try to keep your body between the attacker and the net. You are the obstacle for the attacker and you certainly do not want to make it easy on them.

To solve the defending puzzle, you need to practice. These one-on-one defending tips can strengthen your defense and be a game-changer when facing an opposing attacker. 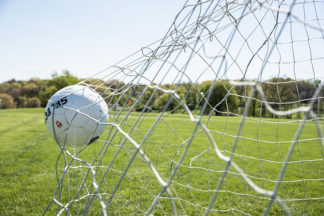 How to Buy Soccer Goals 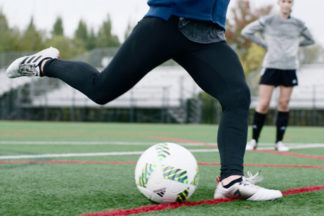 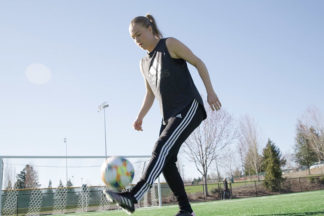 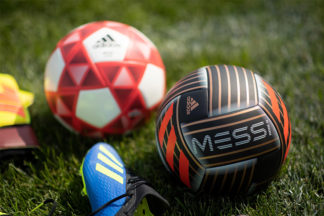 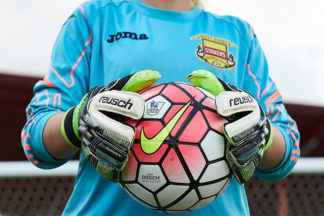 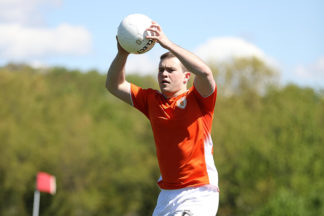