A ball to the upper or lower corner of the soccer net is particularly hard to defend. That’s because, for most keepers, diving diagonally up or down is harder than diving straight across the goal.

To maximize your chances of scoring, aim for the corners to make the goalkeeper dive as far as possible. By aiming for the low corners, you may catch the keeper off guard and earn the point.

It’s important to practice your technique keeping the ball low, powerful and accurate.

The object of the Pass-Shot Drill is to sink six strikes in the lower corners as quickly as possible. Three of those should be on the left and three on the right. A tight target area is created between the goal post and a cone, that you must thread the ball through on each shot. You will need a teammate or coach to assist you with this drill.

Start by placing two cones at the goal line. For younger players working on smaller goals, the cones should be about 3 feet apart from each other, centered in the net. You could also use a single cone centered in the net to simulate the opposing goalkeeper.

For older players taking shots on full size nets, the cone placement will depend upon skill level. For advanced players, cones should be closer to the posts, making a narrow target area. Try starting with the cones about 4 feet from the post. If you’re having trouble slotting the ball between the cone and the post, then simply move the cones closer together to create a larger target area to practice with.

Use six soccer balls sized for your age of play, and have a teammate positioned near the top of the box — they are going to give you the assist in this drill. Position yourself to the right of them. On “Go!” start to run in a tight loop behind your partner as they pass a ball into open space on their left for you to shoot on goal. Take your shot to the corner and immediately run the loop behind them as they pass the second ball to the space on their right. Each shot should cross the face of the net and hit the far corner or side netting with the ball entering the goal between the cone and the post.

Time each other and see who can complete the drill in the fastest time with the most made shots. If you are not on a field with full size game nets, you can also use two small practice nets as targets to compete against your friends in your yard or at the park.

Don’t forget, great technique can lead to more accurate shots. Push yourself with the pace that you execute this drill. Challenge yourself to increase the number you make in a set time. A training journal can be a great way to keep track of your progress.

Be a dangerous attacking threat in games with your honed striker skills. 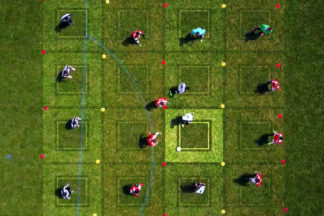 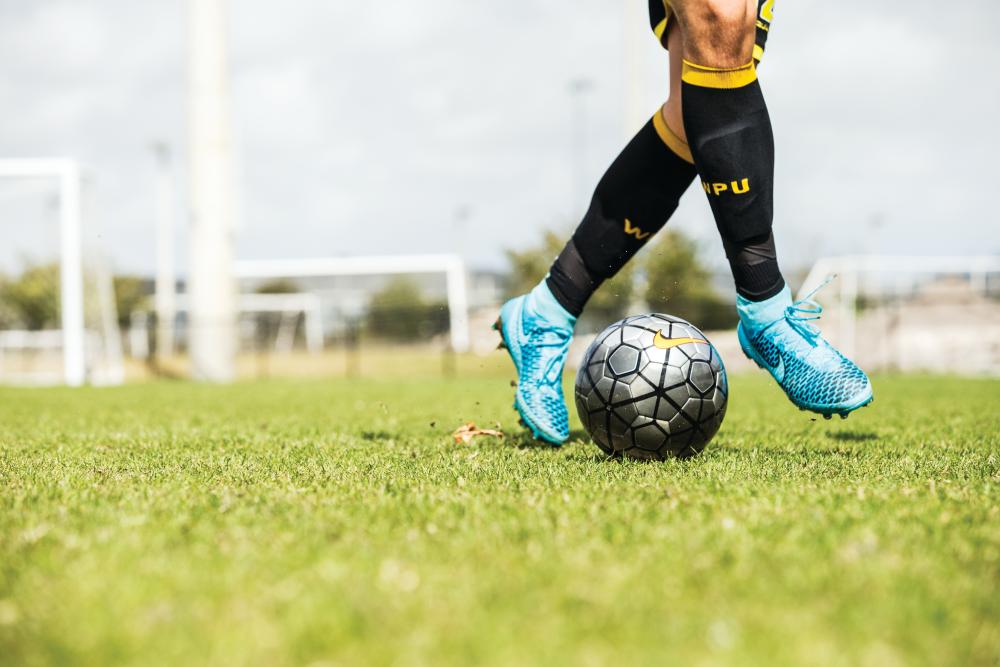 Signature Soccer Moves: How to do a Rainbow Kick 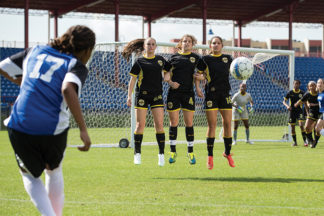 Soccer Drills: How to Do a Header